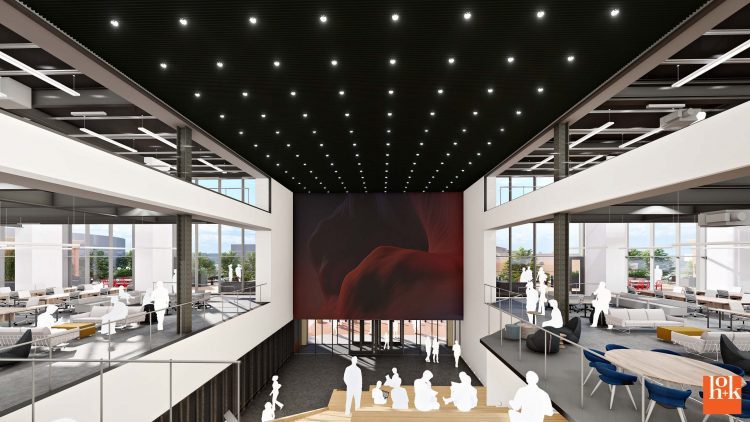 Twenty years ago, it opened as a movie theater, a centerpiece for an ambitious, 34-acre, mixed-use live-work-play development on a formerly polluted steel mill site, renamed SouthSide Works.

Some parts of SouthSide Works were quite successful, like the office space (attracting American Eagle’s headquarters and an Amazon engineering office) and the residential units. The retail portion began to struggle a few years ago, however, and vacancies have plagued the project for years.

In March, New York-based SomeraRoad took over as the new owner SouthSide Works, revealing an ambitious plan to remake the site. The movie theater would become Box Office with 77,000 square feet of Class A, high-tech flexible office space.