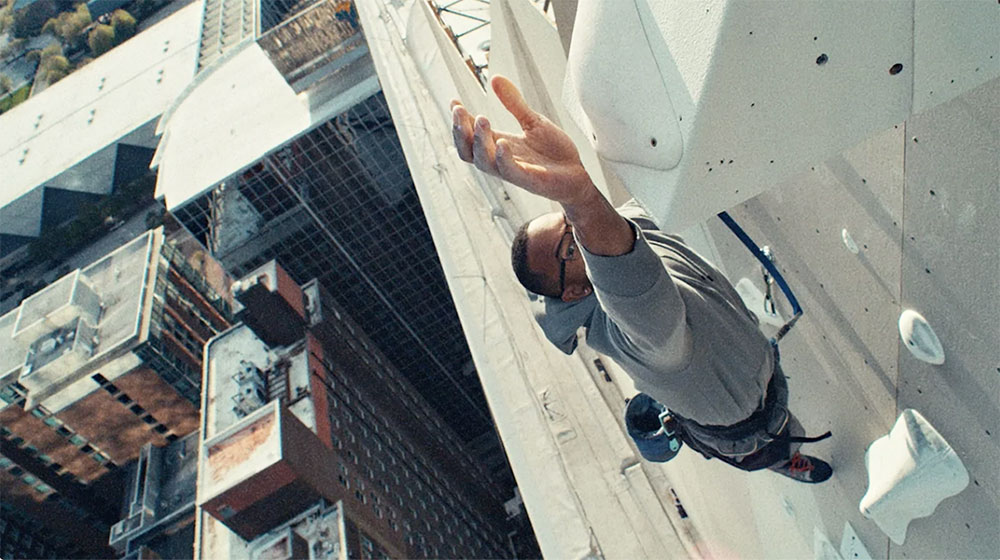 Building on ‘Got Milk?’, an Epic Stunt Adds the Tagline ‘You’re Gonna Need Milk For That’

Late last summer, Olympic champion Katie Ledecky helped revive the legendary “Got Milk?” tagline by swimming the length of a pool with a glass of chocolate milk balanced on her head. It was TikTok gold.

For the follow-up, the national milk processors’ organization, MilkPEP, has staged another physically challenging stunt—this time, with an elite climber who scales a 30-story building in Kansas City, Mo.

The group is also debuting a new slogan, “You’re Gonna Need Milk For That,” repositioning milk as “the original sports drink” in work that intentionally has “more swagger and attitude” than previous campaigns, according to Yin Woon Rani, MilkPep’s CEO.

The team scouted buildings in nine cities before choosing the Lightwell, partly because “we liked the idea of shooting a skyline you don’t see that often,” Edwards said.