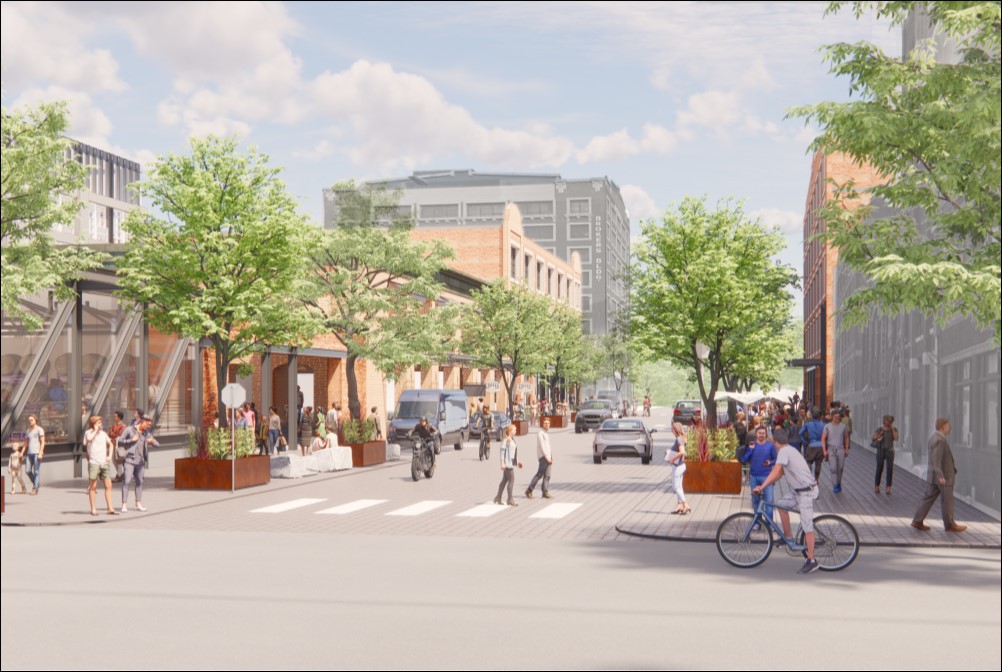 The rezoning measure came bundled with a conceptual phased plan under which New York developer SomeraRoad Inc. could build as many as 1,238 apartments, plus hospitality and mixed-uses, through the end of 2035.

The new district clears the way for SomeraRoad to seek historic tax credits for its first concrete adaptive reuse plans. This year’s first application round for the credits opened Friday, according to the Missouri Department of Economic Development.

“The West Bottoms-Stockyards area has been one where we’ve had different spurts of development for some number of years,” Mayor Quinton Lucas said Thursday. “These areas have been largely under-invested in for quite some time — most of the lifetime for all of us, regardless of age — and I appreciate a project that has good mixed-use, historic preservation, area preservation. It really is in many ways development at its best.”

These include an apartment and a hotel conversion, respectively shown in concept plans for the Moline Plow and Avery buildings, plus two office conversions. The developer also will tear down the Weld Wheel Industries Inc. building, creating a future development site. And it hopes to complete a public plaza, plus significant infrastructure and streetscape improvements, during the next three to four years, Donchez said.

Councilman Eric Bunch said Thursday that SomeraRoad’s redevelopment stands to become one of the most transformational to come before the City Council during its current members’ tenure.

“(There’s) a lot of moving parts and a lot of work to do, but (I’m) very, very excited to see the West Bottoms really continue its rebirth,” he said.