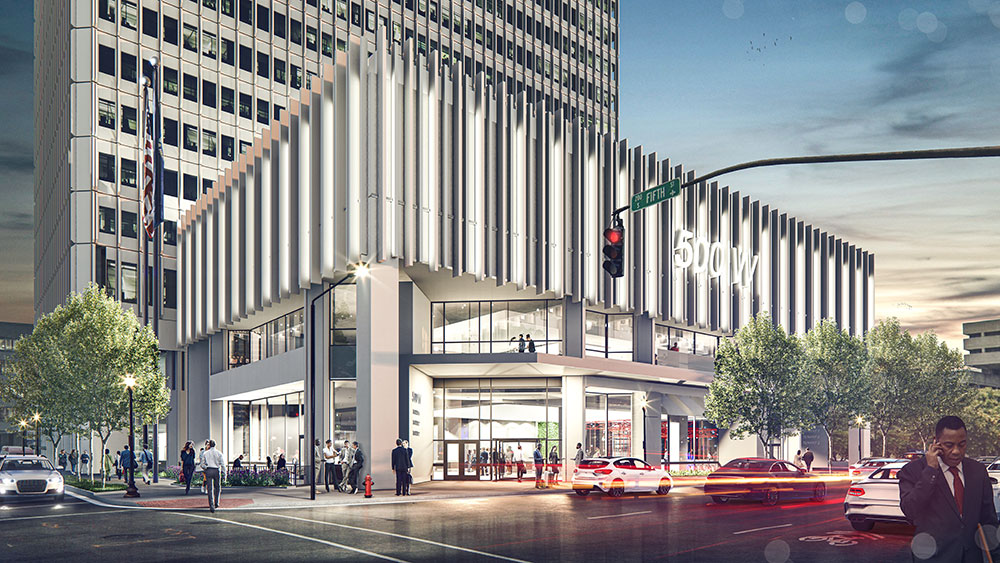 September 2020 was a tough moment in time for Downtown Louisville.

Months of little to no tourism, empty offices and civil unrest had plagued the city’s Central Business District and many questioned its ability to bounce back.

But when it came to the local offices of Robert W. Baird & Co., there was no question about where they should be, said Vice Chairman Jim Allen. The company, which acquired Hilliard Lyons and Hilliard Lyons Trust Co. in 2019, didn’t want to pull its presence out of Downtown, where Hilliard had operated since its inception in 1854.

Instead, Baird announced its intent to invest more than $20 million into relocating and renovating its office spaces within the top five floors of the 500 West Jefferson tower.

“Baird was a big believer in building off that history and that legacy, and being Downtown was part of that,” Allen said. “We want to be part of the solution for Downtown and not contribute to the problem by leaving. We never really second guessed whether we should stay Downtown.”