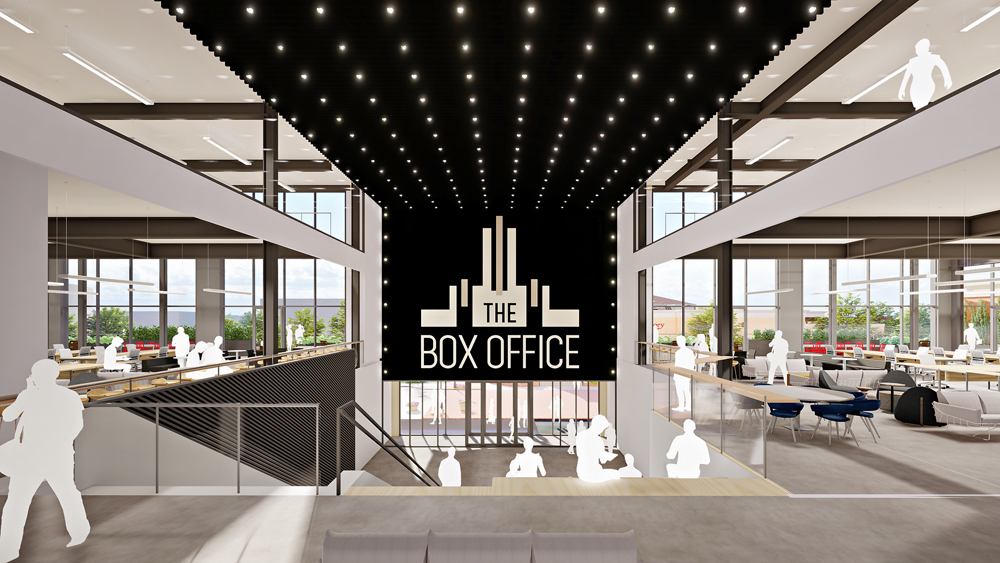 SomeraRoad is ready to roll the credits on wrapping up what’s likely its biggest commercial investment yet at the SouthSide Works.

The company announced that construction is now finished on the Box Office, the redevelopment of the former SouthSide Works Cinema building into a new 77,000-square-foot office project.

A core building in the commercial heart of the SouthSide Works, the new owner of the mixed-use master planned development can now offer the building as fully available to office tenants along with potential retail and restaurant prospects in an address already the home of Urban Outfitters and others.

In a prepared statement, Jonathon Reeser, SomeraRoad’s director of acquisitions and asset management, called the movie theater redevelopment “a product that Pittsburgh hasn’t seen before.”