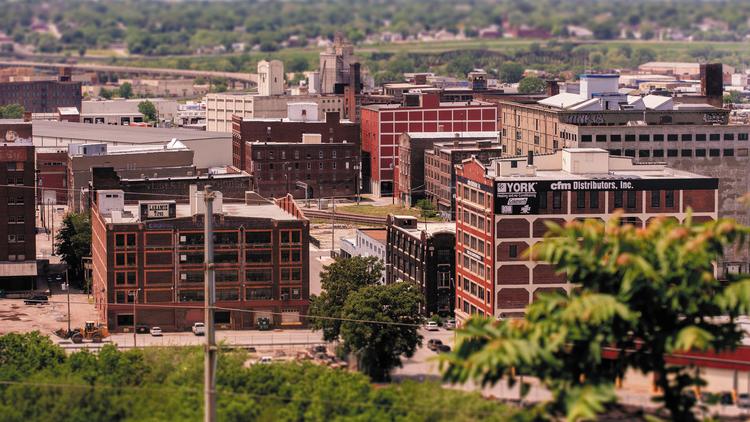 SomeraRoad Inc.’s road map for redeveloping almost 22 acres it controls in the West Bottoms with 1,250 new residences and other “live-work-play” uses has continued to unfurl as it prepares to begin construction activity in 2023.

The Neighborhood Planning and Development Committee’s Wednesday docket includes a predevelopment agreement. It provides a framework for how SomeraRoad and Kansas City together could build about $500 million in phased private commercial and public infrastructure projects in a central area of the West Bottoms that the City Council rezoned for urban redevelopment in late June.

Should the City Council sign off, the New York developer would have 90 days to supply general development and financing plans, plus a blight study prepared in connection with “substantial” economic incentives. Approximately $400 million in private investment is contingent on those public dollars, according to the proposed terms.

SomeraRoad plans to seek incentives, including property tax abatement and sales tax exemption on construction materials, through the Planned Industrial Expansion Authority. But the predevelopment deal would see the city apply to the Tax Increment Financing Commission for support on a slew of public infrastructure improvements.

Contingent on fund appropriation, the city would start construction on an initial infrastructure phase — to include new public gathering spaces, sections of road and sidewalk reconstruction, and new water mains, sanitary sewers and street light systems — by June 30. Workers would finish the phase by Dec. 31, 2025, according to the agreement.

Public spaces newly outlined in the terms include 95,000 square feet north of the KC Pallet Supply Building at 1000 W. 12th St., to be known as the Grove; 15,600 square feet northwest of 11th and Santa Fe streets, to be called Union Plaza; and 4,500 square feet in place of a vacant lot at 1226 Union Ave. SomeraRoad would have 180 days from the agreement’s execution to record a public permanent access easement for those spaces, maintenance obligations for which would be spelled out in future terms.

From there, SomeraRoad would have to start its first phase of commercial projects within 90 days of the city breaking ground on infrastructure and complete it within two years.