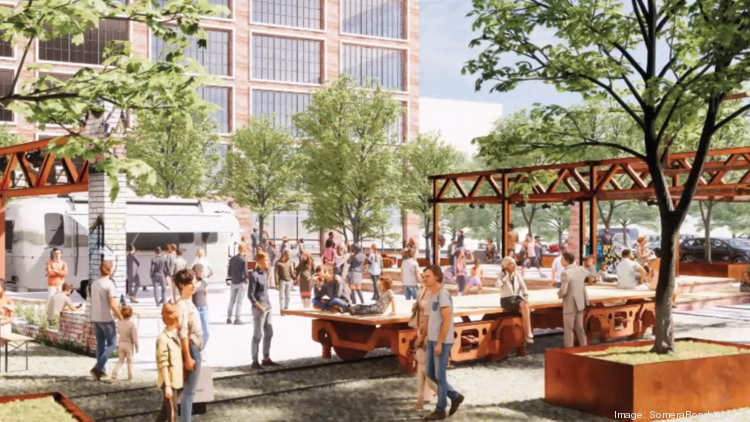 New York-based SomeraRoad Inc. revealed a cost estimate and a timeline for its plan to overhaul much of Kansas City’s West Bottoms.

The five-phase redevelopment effort to build or restore as many as 1,250 apartments, plus hospitality and mixed-uses, could cost close to half a billion dollars. The project will span 26 acres, roughly bounded north to south by Union Pacific railroad tracks and 12th Street, and west to east by Liberty Street and BNSF Railway tracks.

SomeraRoad is working to establish a public-private partnership in conjunction with Kansas City to bring a town center, transit improvements and other traffic needs to the area, Head of Development Andrew Donchez told the KC Downtowners group Wednesday afternoon.

“Although the rezoning we recently put in place is just for our properties, we are having discussions with the city on necessary infrastructure and public spaces intended for the benefit of the overall district, not just our projects,” he said.

In July, the expansive “live-work-play” redevelopment was approved to rezone 21.85 acres into an urban redevelopment district. This will be the first of SomeraRoad’s historic preservation, public space and infrastructure projects.

The new district cleared SomeraRoad’s eligibility for historic tax credits for its first concrete adaptive reuse plans,just in time for the first application round for the credits, which opened in July.