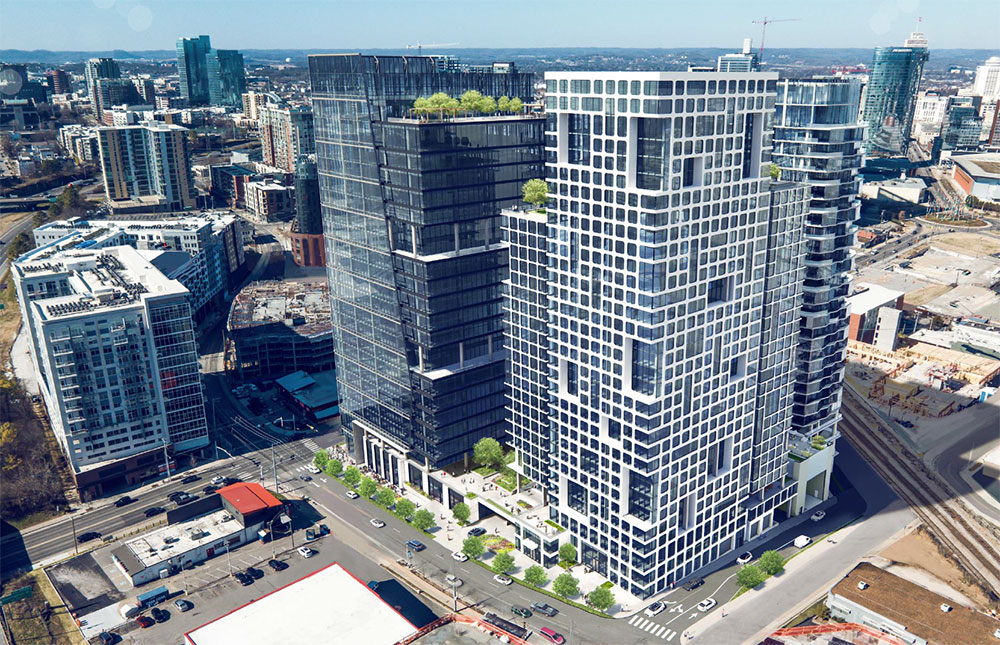 The firm is planning a 30-story residential building and a 22-story office at the intersection of Eighth Avenue South and Division Street, just south of the existing Voorhees Building, according to documents filed with Metro.

Ian Ross, the firm’s founder and managing principal, declined to comment on a potential construction start for the new phase.

Ross told the Business Journal his company has been conceptualizing the expansion’s details ever since it put the needed land under contract. Paseo South Gulch in general has been fleshed out “tower by tower” over the course of three years, he said.

“It’s a locally minded effort to create something by Nashville, for Nashville,” he said.

Paseo South Gulch is one of Nashville’s most-watched projects due to its scale, mix of residential, retail, office and historical renovation.

Two vintage properties on the site, the Voorhees Building and the former Downtown Antique Mall, have already been upgraded to house office and retail space (and grabbed three major dining tenants).

Now, SomeraRoad is under construction on Prima, its first residential tower, sandwiched between the two historic structures. A second tower, to hold a hotel and condos, is planned behind the Voorhees Building.