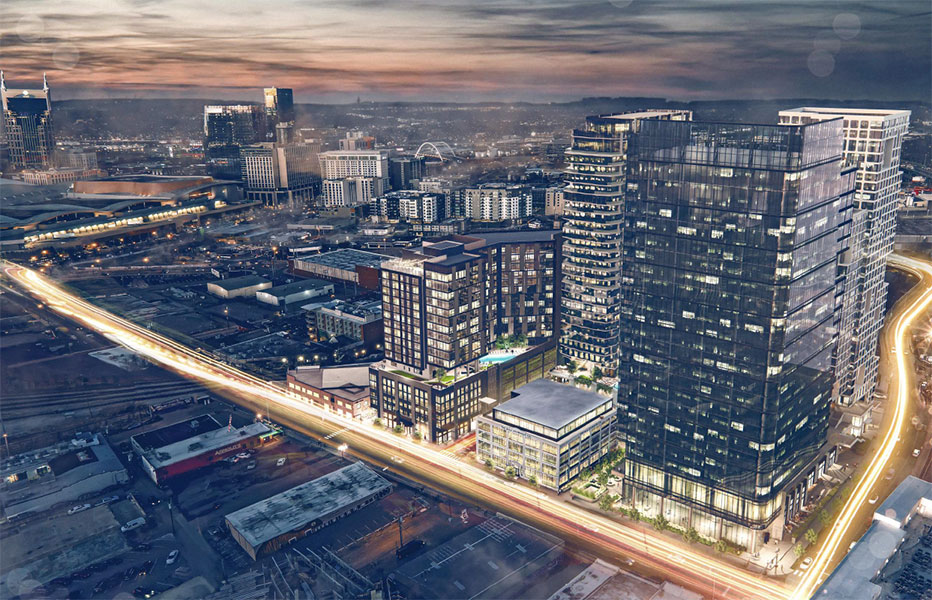 SomeraRoad has snagged another site across from its Paseo South Gulch project.

According to newly filed deeds, the New York City-based firm paid $3.5 million for a 0.2-acre parking lot across from the historic Voorhees Building, which it also owns. The company, through a spokesperson, declined to comment.

Paseo South Gulch is currently under construction. When finished, the development will comprise the newly renovated Voorhees Building and former Downtown Antique Mall, as well as two new towers.

The Voorhees Building, which now mainly houses office space, has secured three major dining tenants, all of which have been reported in the past week. Local favorite coffee shop Barista Parlor will occupy part of the property’s ground floor starting early next year, and two Nashville staples, The Catbird Seat and The Patterson House, are slated for relocation to the building’s rooftop.