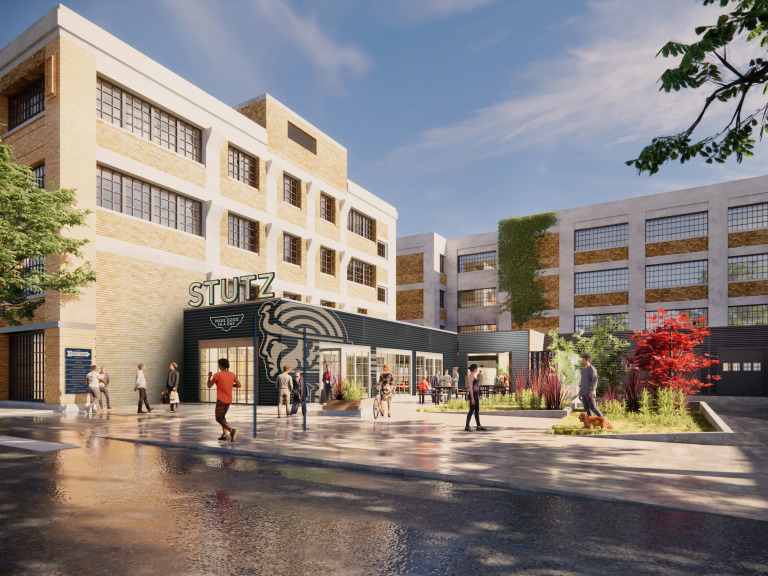 SomeraRoad Inc., a New York-based commercial real estate investment firm that acquired the property in 2021, unveiled on Friday a lineup of 12 tenants for seven Stutz buildings that occupy an entire city block.

Brock Kenyon, a senior associate at SomeraRoad, said his company wants to present a vibrant mix of businesses at street level to attract office tenants on upper floors.

“We’re creating our own node of energy in this area of downtown,” Kenyon said.

SomeraRoad is investing $65 million to renovate the Stutz. The initial phase of the project includes new windows, elevators, entrances and HVAC, and electrical and plumbing infrastructure.

During an April interview, SomeraRoad principal Basel Bataineh said his firm makes financial contributions to Stutz Artist Association events that have been presented away from the building.

“Part of what attracted us to the project in the first place was its energy, its creative spirit, its history of craft and innovation and hard work,” Bataineh said. “We want that element to be preserved and to live on at the Stutz.”