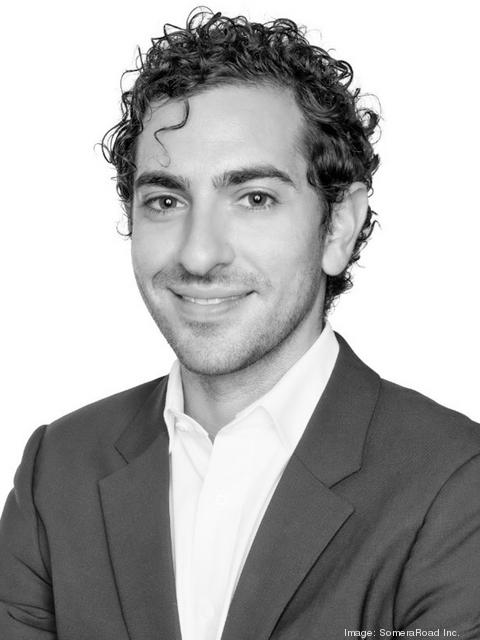 A New York investment and development company has opened new offices within the historic West Bottoms, on the front end of a 26-acre phased master plan it proposes building out over the next decade-plus.

SomeraRoad Inc. recently moved into 1215 Union Ave., a 3,352-square-foot building that becomes its seventh nationwide office. Beyond New York, the firm has offices in Nashville, Pittsburgh, Indianapolis, Cleveland and Austin.

Leading SomeraRoad’s local offices is Spencer Sight, a Kansas City native who founded and developed the No Vacancy boutique hotel in the Crossroads Arts District.

“When SomeraRoad shared their approach to development, I knew I wanted to be a part of the team,” said Spencer Sight, now creative director and Kansas City office lead for SomeraRoad, in a release. “I look forward to bringing my experience from No Vacancy and other projects to aid SomeraRoad’s continued growth in Kansas City.”

On Nov. 16, SomeraRoad acquired 1215 Union Ave. from Grapeater LLC for an undisclosed sum, according to Jackson County property records. The building once housed a fire station and could date as far back as 1900, its marketing materials showed.

The 0.085-acre site was the first among 20 West Bottoms properties that SomeraRoad acquired between November and late March. The firm owns or controls some 42 properties, or 20.1 acres, within the historic neighborhood.

“We are incredibly excited to welcome Spencer onto our team and establish our office in Kansas City,” Ian Ross, founder and managing principal of SomeraRoad, said in the release. “Our firm got its start in Kansas City with the acquisition of the 3Y Building in 2016 and we look forward to investing in this city for years to come.”